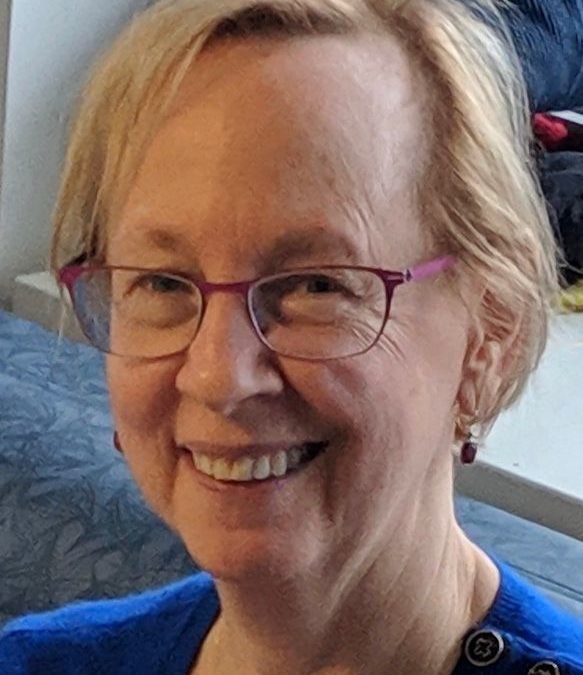 Cathleen “Cathy” Cohen has had a very good year.

As the 2019 Montgomery County Poet Laureate the long-time educator, painter and poet said winning the highly regarded contest, now in its 20th year, had opened doors.

“My community was Philadelphia, even though I live in Montgomery County. It was like a whole new community opening up to me,” Cohen explained.

Winning the MCPL contest and serving as poet laureate has allowed her to engage with her new community, broaden her circle of friends, peers and poets and provided an entryway to connect with others in new ways.

“Meeting everybody through that organization has been uplifting. I’ve been finding a community of adults interested in similar things,” and this has been enriching, she said.

Cohen helped build programs at Philadelphia-based ArtWell, a non-profit organization that aims to support youngsters underserved in the arts, including those living with violence and poverty. These serious and traumatic circumstances don’t provide nurturing spaces to explore creativity. ArtWell’s programs have been an outlet for young people since 2000.

Cohen founded “We the Poets” an ArtWell program geared toward building literacy skills, communication, self expression, and fostering a love of learning – these initiatives dovetail with her poetry and passion to further peacemaking in various and “other” communities.

Cohen said being poet laureate has provided an entry point to exploration – not only of her own work, but in sharing poetry’s power with others.

This creative time is helping Cohen discover where the next part of her journey will lead.

And even though she’s retired from her position with ArtWell, Cohen has been busier than ever.

Since winning the MCPL contest she’s continued interfaith work, which began in the 1960s during a time living in an Israeli kibbutz under violent conditions in Galilee. These experiences helped shape her passion to understand others – from all walks of life.

That desire lead to working with inter-faith peacemaking programs in Philadelphia in the wake of the Sept. 11, 2001 attacks in New York City and Stonycreek Township, Pennsylvania, about 150 miles away from Washington DC.

It has made a difference.

“I was attracted to using art and writing to heal from difficult experiences,” Cohen said, and these opportunities were a natural fit. That lead to a further study and understanding of other faiths and cultures.

“I’m Jewish, and I was going into Mosques to teach, as someone from outside the community,” she said, “and I was welcomed warmly.”

And 9/11 prompted her to work with those that might not seem a logical “match” for her.

Most recently, she’s lead a series of interfaith poetry workshops at Gladwyne Presbyterian Church – since winning the 2019 poet laureate contest.

“I worked with adults from various faiths to explore and write their own poetry. It’s something I’ve never done before,” Cohen said.

Since the award, lots of doors have been opening more easily for her and groups are seeking Cohen to work with their organizations.

“After getting this honor I suddenly… was reignited to use poetry as a platform,” she said.

She’s been tapped to teach an online course through Reconstructing Judaism at ritualwell.org,with a focus on poetry as sanctuary – yet another opportunity for self expression and exploration.

“Winning the contest has made me more brave,” Cohen said.